BEPS is delighted to announce that all the MVPs in BEPS (Gianni Rosa Gallina and Beppe Platania) have been confirmed Microsoft MVP – Windows Development (Embedded/IoT) for 2016.BEPS wants to thank Cristina Gonzalez Herrero and all those who have contributed to this great result!Our compliments to the new MVPs and to the confirmed ones.The Microsoft MVP Program is a worldwide award and recognition program that strives to identify amazing individuals in technical

The Open Day has a long and proud tradition in the MVP community worldwide and, this year, has been something different by having a Western Europe MVP Open Day event (Italy, Portugal, Spain as well as Benelux and Scandinavian countries) and by taking place in Rome. The MVP Open Day is where we get to meet our peers in other Western Europe countries – networking and sharing what it is all about! 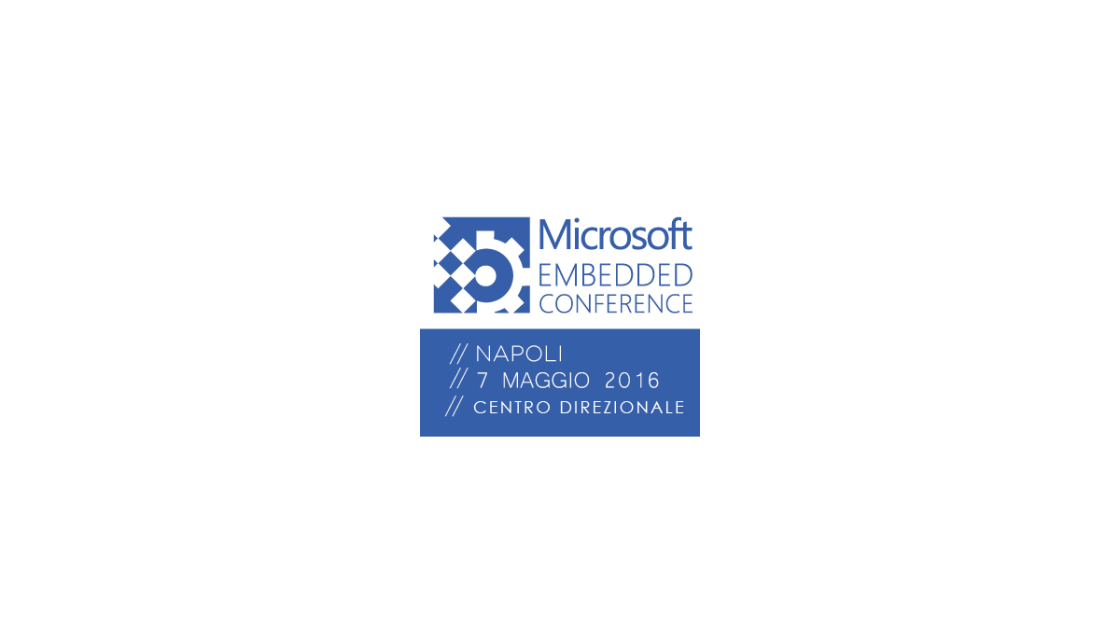 As usual since the past years, a new appointment with the Embedded and IoT world returns to Naples (Italy): the “IoT Conference”.The free event will be on Saturday, May 7th 2016 in Naples (Italy), organized by DotNetCampania community and Microsoft Italy. It will be about Internet of Things and all related technologies, from micro-devices to the cloud, passing through wearables, Virtual Reality and other technologies.As in the past years, there will be all the Italian Microsoft 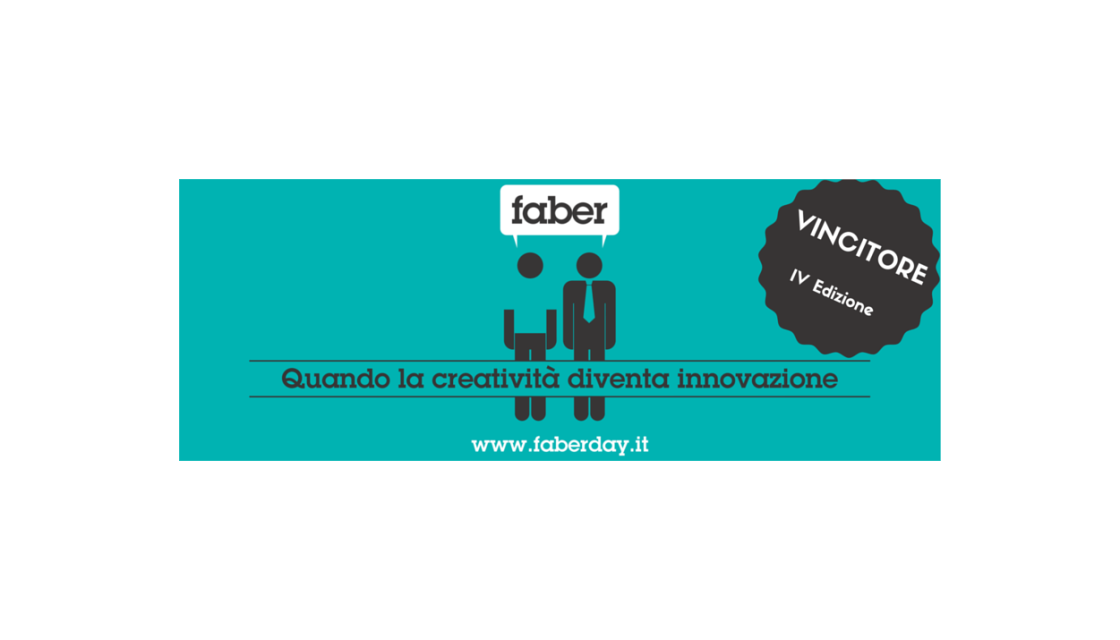 We’re proud to announce you that ImmotionAR is among the winners of Faber 2015!Faber is a creative contest organized by Treatabit held here in Turin (Italy), which gives credit to the most innovative works in different categories. Among more than 100 contestants, we have been selected in the group of 12 winners! We won in the category “VR, AR and Gaming” with our ImmotionRoom solution and will participate to the awards ceremony on January 22nd! We’re so proud

November, 20-21 2015 from 10 A.M. to 8 P.M.Padiglione 5 – Lingotto Fiere, Torino  ImmotionAR, a Beps-Engineering’s specialized division in Virtual Reality, Augmented Reality and Wearable, is happy to invite you at WTT: Wearable Tech Torino. The first exhibition in Europe dedicated exclusively to the wearable technology. During the fair, visitors will have the opportunity to touch, try wearing wearable devices that will be presented from companies and startups that will take

BEPS is delighted to announce that all the eMVP in BEPS (Gianni Rosa Gallina and Beppe Platania) have been confirmed Microsoft MVP – Windows Embedded 2015.BEPS want to thank Marjorie Di Clemente, Cristina Gonzalez Herrero and all those who have contributed to this great result!Our compliments to the new MVPs and to the confirmed ones.The Microsoft MVP Program is a worldwide award and recognition program that strives to identify amazing individuals in 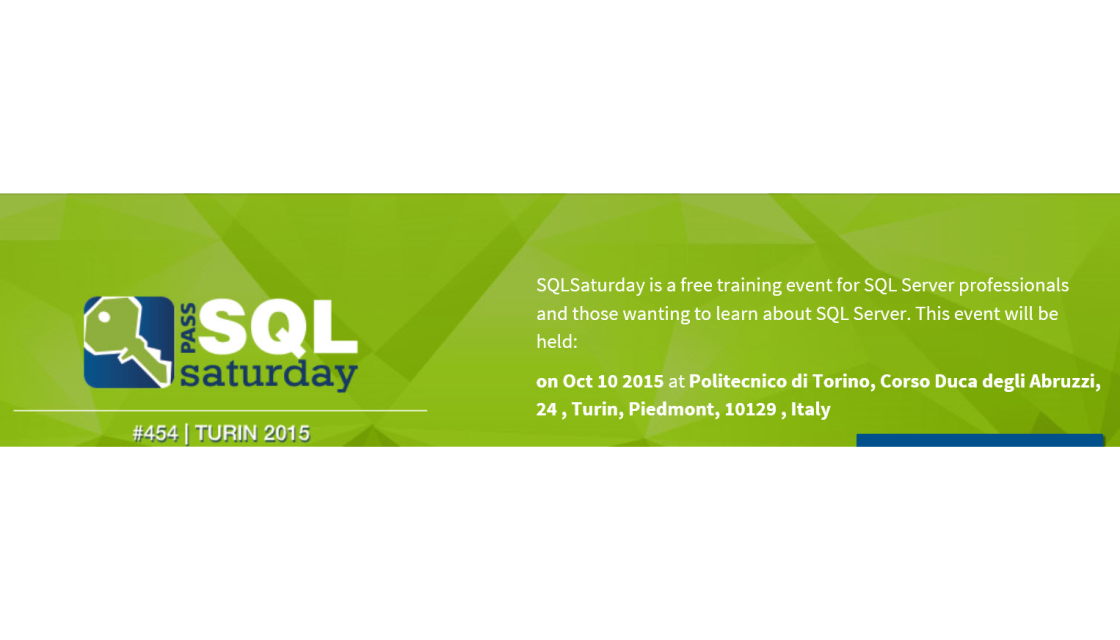 SQLSaturday is a free training event for SQL Server professionals and those wanting to learn about SQL Server. This event will be held: on Oct 10 2015 at Politecnico di Torino, Corso Duca degli Abruzzi, 24, Turin, Piedmont, 10129, Italy.This is the first International SQL Saturday organized in Turin.The event will be held in English language and the arguments will be divided in four tracks.BEPS is collaborating in the organization of this

Windows 10 IoT at a glance – Webinar is ON-LINE!

On September, 8 2015 at 3 PM (CET) Cesare De Siena (AVNET Embedded) and  Beppe Platania (BEPS) presented a “free of charge” webinar, in Italian, entitled:Windows 10 IoT at a glanceThe Webinar online has had a satisfactory number of participants and it is now available at this address:https://www.livemeeting.com/cc/microsoft/view?id=WE021014&pw=viewSend your comments and suggest next embedded topics for next webinars, or write directly to one of the speakers: Cesare or Beppe 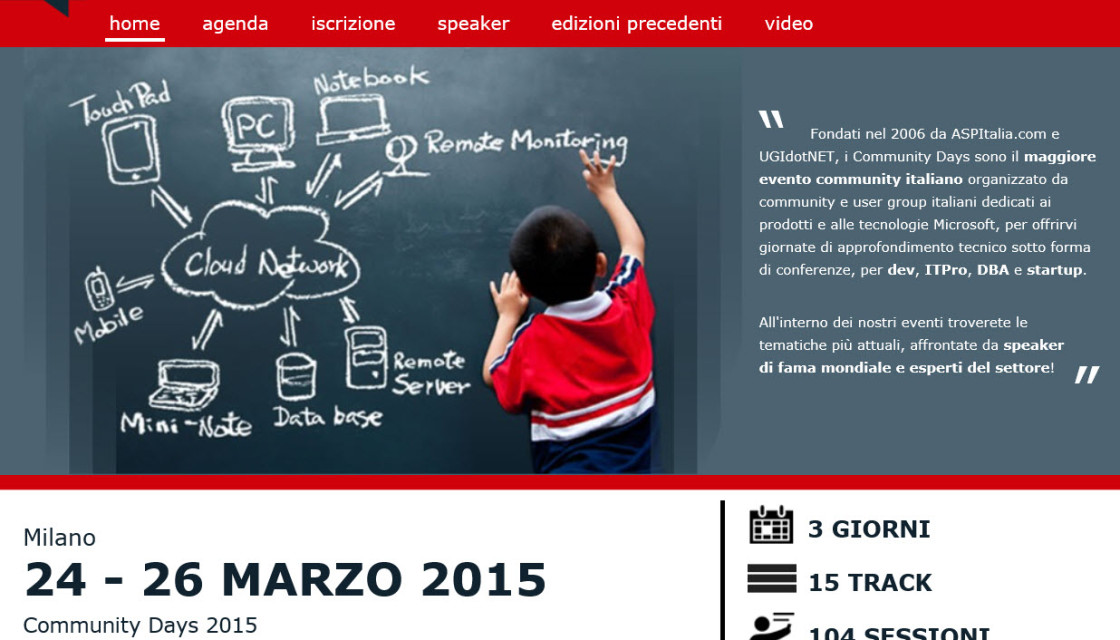 The Community Days 2015 have taken place in March from 24th to 26th 2015.
This meeting, which took place at the Microsoft Innovation Campus in Peschiera Borromeo (near Linate-Milan Airport), is the biggest event for developers and It-pro in Microsoft technologies.